In some circles, the ascension of Donald Trump was said to represent a humbling for political scientists, who had not only failed to predict his nomination but whose peer review supposedly established that it was impossible. But the world spirit never shuts one door without opening another. Just after the election, a recent Harvard political science PhD named Yascha Mounk obtained the URL aftertrump.org and made it a website with the tagline: “Let’s Start Planning for What Comes Next.” More than a year later, the website is inactive, but Mounk’s play to become the official social science interpreter of the Trump era has paid off. He has appeared twice on Fareed Zakaria, begun a regular Slate column called “The Good Fight,” and authored a new book, The People vs. Democracy: Why Our Freedom Is in Danger and How to Save It.

The book’s argument is simple. According to Mounk, liberal democracy is the only acceptable political system, but recently its two halves have come unstuck. Democracy (the translation of majority will into binding law) has turned against liberalism (the guarantee of formal individual rights and equal standing before the law). Theoretically Mounk is also interested in the way liberalism has constrained democratic politics, but the focus of his book is clearly on the threat that democracy poses to liberalism. Populists like Trump may command democratic majorities, but since those majorities are currently characterized by illiberal preferences, the will of the people now threatens the continued existence of liberal institutions. Mounk then asks why people have become so illiberal and what might be done to make them otherwise. His answer is that people have become illiberal because of social media, ethnic diversity, and economic stagnation. His solutions are better high school civics classes and stronger economic growth.

Whatever you make of this program, it is not impressive for its complexity or concreteness. It is therefore ironic that Mounk defines populism—that famously elusive quarry—as the political ideology of those “unwilling to admit that the real world might be complicated.” In his view, populists blame specific other people for social problems instead of chalking them up to the ineluctable (but apparently little-known) fact that that “the world we now inhabit is extremely complex.” It makes little difference to Mounk whether “populists” blame Mexicans or corporate lobbyists— “Donald Trump as well as Jill Stein, and Stephen Bannon as well as Naomi Klein” engage in damaging rhetoric that puts them outside of responsible political discussion. The real point of Mounk’s book comes across clearly in what he takes to be his refutation of the claim that younger voters are less susceptible to populist sirens. “On the contrary,” he warns, young people “are more likely to identify as radical” and represent “a huge reservoir of antisystem energy still remains to be tapped.” He laments that campus leftists have left behind “democratic patriotism” for “a radical critique of inherited institutions.” Whatever can be said on behalf of the former, it is clearly not that it is more rigorous or complex than the latter. 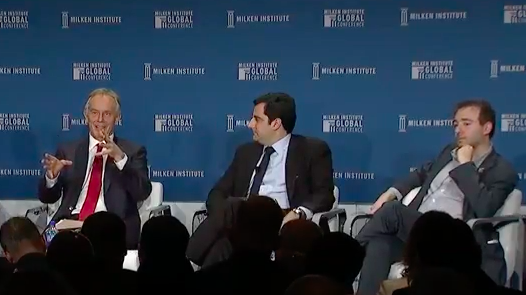 (Above: people against democracy)

If our political life suffers for want of nuance, then it is hard to imagine a less effective tonic than this book. Mounk sees Sanders and SYRIZA as little different from Trump and the National Front. He thinks that our current political problems stem from social media. He traffics in banalities worthy of a chain email or a David Brooks column: “Since dreadlocks were depicted as far back as Ancient Greece and Ancient Egypt, for example, a case could be made that African-Americans are themselves engaging in a form of cultural appropriation when they are sporting this hairstyle.” Elsewhere, Mounk has responded to worrisome op-eds by stating, “Teaching your four year-old not to be friends with white people isn’t woke; it’s racist.” He rails against American academics for destroying students’ faith in their nation by stratagems including “demonstrating the degree to which liberal democracies have always produced immense inequalities”— hard to read except as instrumental special pleading on behalf of conservative cliché.

Besides simplemindedness, another trait Mounk shares with his imagined “populist” enemy is an obsession with the end times. Today, unlike the 1990s or even the earlier 2010s, “we live in extraordinary times,” when “the decisions we take [sic] will determine whether terrifying chaos is spread; whether unspeakable cruelty is unleashed.” He calls on us to “go to extraordinary [but sadly unspecified] lengths” to defend our civilization. In a bizarre coda, he compares himself to a Stoic in the court of Nero. “Long before I actually face a dangerous decision,” he writes, “I am building up the resolve to do the right thing.” Those “who truly care about our values” will “fight for our convictions without regard for the consequences.” The loose (liberal, you might say) invocation of the state of emergency, the bathetic self-aggrandizement, the neglect of concrete specifics—is this really the grammar of sober centrism and expert knowledge?

Like a demagogic comandante rallying the people to an unprecedented struggle for eternal values, Mounk pretends to a historical argument (liberal democracy has always worked well, until now) without the benefit of a historical sensibility or expertise. Mounk’s casual relationship with historical reality is reflected in form (more than once, he starts paragraphs with “once upon a time”) and in content (“since the start of the Industrial revolution,” he claims, “citizens enjoyed huge improvements in the conditions of their lives from one generation to the next”; even more absurdly: before Twitter, states “could effectively exclude radical views from the public sphere.”) A basic survey of history would show that the problems Mounk discusses have existed for a long time. Instead of his vague intuition about “the people against democracy,” more useful conversations have centered on the contradictions of democratic capitalism. Not just leftists but serious conservatives from Joseph Schumpeter to Irving Kristol to Richard Posner have interpreted 20th century history through this framework. After all, few observers—critical or conservative—have believed that capitalism and democracy made easy bedmates. Why, as Wolfgang Streeck has summarized, would “majority rule, inevitably implying the rule of the poor over the rich,” not “ultimately do away with private property and free markets”?

In Europe, supposedly central to Mounk’s analysis, even native-born working class men could not vote until well into the 20th century. In the United States, mass (though not universal) suffrage was an older idea. But in the shadow of Reconstruction and the Paris Commune, the gilded age New York bourgeoisie rallied behind an amendment to restrict universal male suffrage along class lines. A century later, a 1973 Trilateral Commission report co-authored by Samuel Huntington and championed by the Carter administration warned that an “excess of democracy” had rendered advanced capitalist societies ungovernable. In the same decade, Jürgen Habermas popularized the idea of a “legitimation crisis” facing rich Western states committed simultaneously to maintaining business profitability and spending to compensate the “losers” of market competition. Simultaneously, from the right, Friedrich Hayek defended the violent overthrow of Chile’s democratically-elected socialist government by expressing his preference for “a liberal dictator to democratic government lacking in liberalism.”

The 1970s crisis of democratic capitalism—registered by Huntington, Habermas, and Hayek, though not by Mounk—was a crisis of economic growth. Between 1945 and 1973, year-to-year GDP growth in Japan had been near 10%; in the U.S., around 4%; and in most of Western Europe somewhere in between. After 1973, growth rates collapsed in all rich countries, and never truly recovered. Take it from an unimpeachably centrist source, former Obama economic advisor Jason Furman writing in Vox: “Trump’s budget assumes 3 percent annual growth. Why that’s extremely unlikely, explained.” Furman adds, for good measure, that optimal government policy in current conditions could affect growth “a little, but not a huge amount.” Mounk has a chapter on “fixing the economy” in order to reestablish “rapidly rising living standards for all.” But unlike more distinguished Establishment spokesmen like Furman and Larry Summers—or any number of commentators for the Financial Times or the Economist—he betrays no awareness that contemporary economic malaise seems intractable even to experts with the best intentions.

If Mounk skips blithely over economic stagnation, he is acutely aware of another aspect of the history of capitalism. He can scarcely contain his regret that millennials “barely experienced the Cold War,” missing out on the days when “the threat of communism remained a live reality.” Without the sting of a threatened alternative, young people can no longer be counted on to “come to the rescue of the system.” The fear that generations raised in peace fall away from foundational martial values is old. But Mounk’s nostalgia for war is unbecoming, if only because of the gap between his maximal rhetoric and his pedestrian praxis. In the 1984 film Red Dawn, Patrick Swayze’s teenage maquis respond to Russian meddling by taking to the Colorado mountains to launch armed struggle. Mounk, currently ensconced at the Tony Blair Institute for Global Change, promotes a hashtag campaign urging minor elected officials “to take and share a simple video of themselves reciting their oath of office,” and implores liberals to support Neil Gorsuch, “a principled conservative.” Not a winter soldier, but a thought leader for all seasons. I greet him at the beginning of what I fear will be a great career.